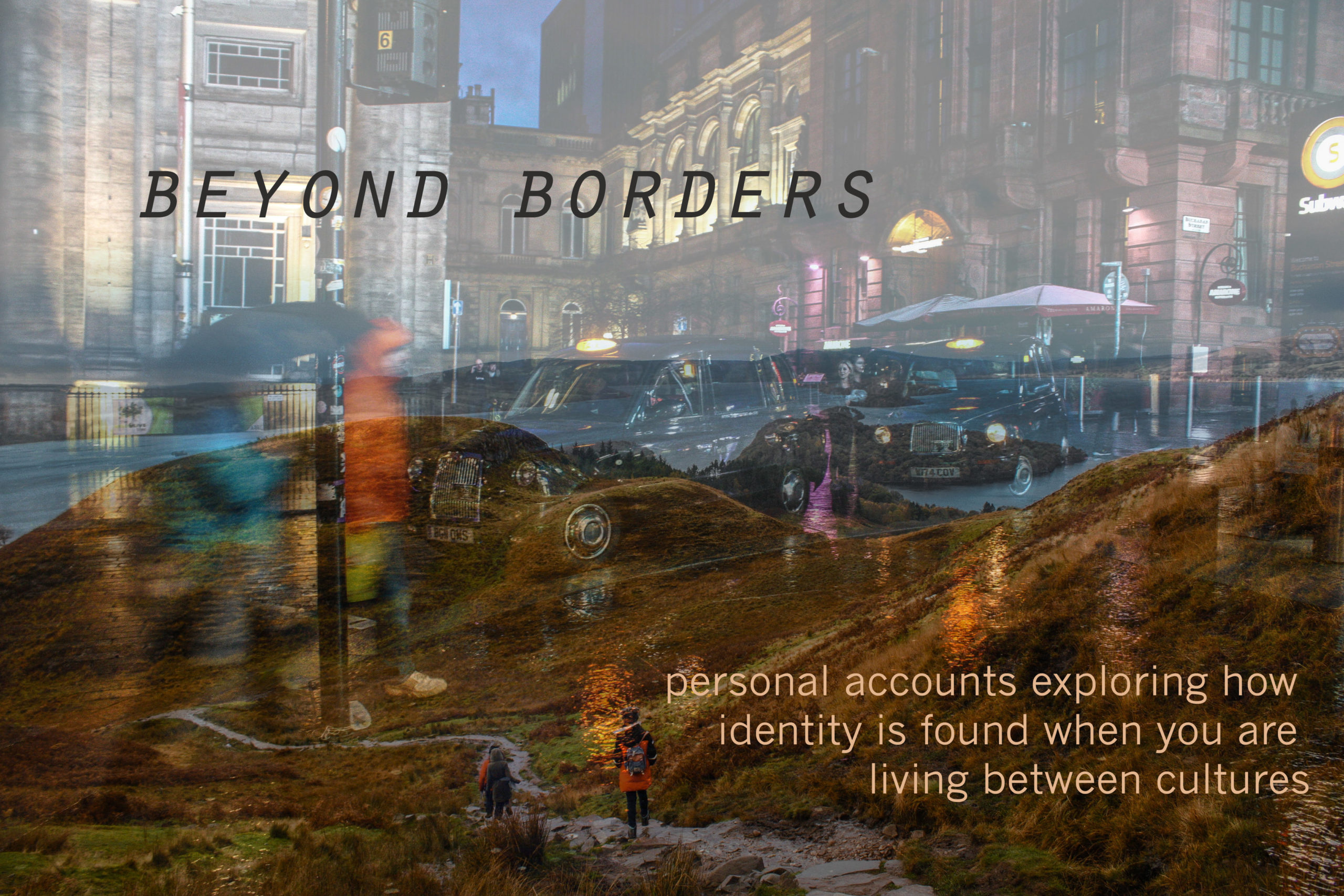 Since the beginning of my life, I have been in a state of existing in between countries. On one side, a language without a direct translation of “please”. On the other side, a language with an abundance of vowels. When my grandmother calls me, we say hi in the same language. Opening phrases, how are you, I’m good how are you, same. But then it changes, and our mouths form different words, provides different sounds. She speaks to me in one language, I respond in another. Growing up, I never saw that as a weird thing. It was just everyday life, that my dad spoke to me in one language while I responded in another and laughed at my friends when they accidentally called my dad “dad” in a language they knew nothing about.

On the one side, a country with a population of 10 million, and the other only one million. And then me, in a country with five million people, daily speaking another language than the ones I grew up with speaking at home. Sometimes, I am jealous of my friends who study back home. Being able to fill a car with all their stuff and then move away to university. Having their family just a bus or train ride away. Meanwhile, I have to make sure my belongings fit in a suitcase. Leave all the cups and plates I received as graduation gifts back home in a box in the basement and start from scratch here. But at the same time, I have made my home here. Most of my kitchen items are the cheapest possible from IKEA, but on the walls, I hang pictures of friends and family. An attempt at making the best of living between different places.

Even though I feel like I am standing with one foot in one country, and the other in another, and then maybe a hand in a third (basically making this a game of Twister) I would not wish for anything else. Having a little bit of everything, living in this state of between countries and cultures and belonging a little bit to everywhere is not a bad thing at all. First of all, it makes it possible for me to root for many countries in Eurovision. And secondly, it makes it possible for me to enjoy everything that is so great about every individual place. A year ago, I moved to Glasgow to study. In three more years, I will graduate and who knows where I will be going then. Perhaps somewhere new, and then I will have another country to add to the list and the feeling of being in-between.

[Image Description: An image of a path through some mountains overlaid over a streetscape. “Beyond borders” is written in the top left-hand corner, with “personal accounts exploring how identity is found when you are living between cultures” in the lower right-hand corner.]