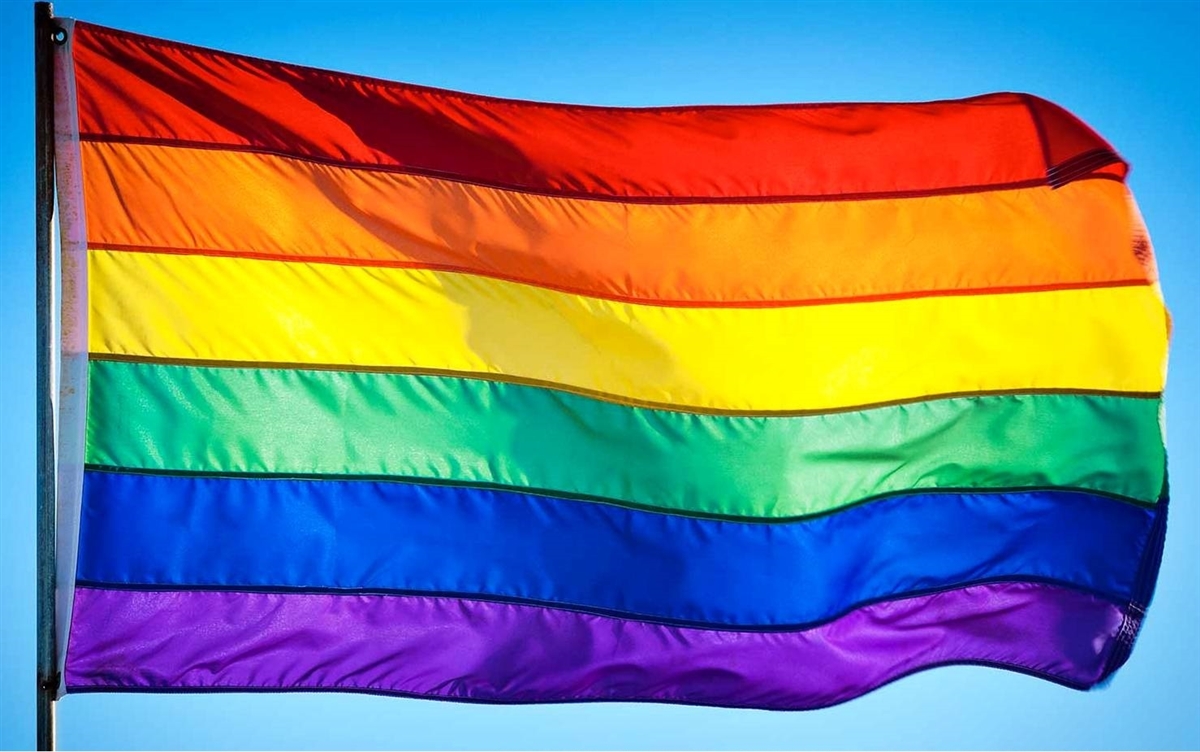 Hannah West writes about the how the rainbow flag came to be an international symbol of LGBTQ+ pride.

‘’Gay pride was not born of a need to celebrate being gay, but our right to exist without persecution. So instead of wondering why there isn’t a Straight Pride movement, be thankful you don’t need one’’ – stop-homophobia.com

In light of it being LGBTQ+ history month, it is both useful and important to take a look at one of the most iconic and well-known symbols of the community.  The rainbow flag (gay pride flag; LGBTQ+ pride flag) is a global symbol of lesbian, gay, bisexual and transgender pride, created to represent diversity with its many colours.  It was created by San Francisco-based artist Gilbert Baker in 1978, who wanted and was encouraged to create a symbol for the pride of the gay community in North America.  The original version had eight stripes and included the colours indigo, turquoise and pink, which have since been removed.  The pink stripe had to be removed due to fabric shortages, and the indigo stripe stopped being included to create an even number for the flag to be divided on the parade route. This change took place following the assassination of openly gay politician Harvey Milk in 1978, the first openly gay elected official in California.  These changes resulted in the famously known six-colour flag that is used to symbolise pride now.

According to stop-homophobia.com, the symbols of colour that are featured on the flag are actually an active process of reclamation of the use of colour for LGBTQ+ people.  Historically, bright colours have been used to quite literally mark out LGBTQ+ individuals.  Green was used in Victorian England, and pink triangles were used in Nazi Germany to identify gay males in concentration camps. Lesbians, thought to be asocial, were marked by black triangles. The use of colour in the flag, combined with the triangles the LGBTQ+ community utilises to showcase strength and solidarity have turned these symbols of oppression into a celebration of rights.

Not only is the flag a symbol of pride, but it also represents hope for a future where equality can finally flourish all over the world. This has been true for the many years that the flag has been an LGBTQ+ symbol, and through all of the social and legislative changes that have occurred in this time. It also represents the diversity of the community, which spans across gender, race, and religion.

Although there has been tremendous change and huge steps taken towards a more equal future for the LGBTQ+ community, the flag will continue to be extremely important for providing awareness and visibility for everyone involved across the globe.  The progress is important to focus on, but so are the disproportionate suicide rates of LGBTQ+ teens across the whole world, the violence and hate crimes that still occur and the fact that, in many parts of the world, LGBTQ+ relationships continue to be punished or go unrecognised legally.  For these reasons amongst many others, the rainbow flag maintains its importance as a symbol of pride, diversity and hope in the fight towards equality.