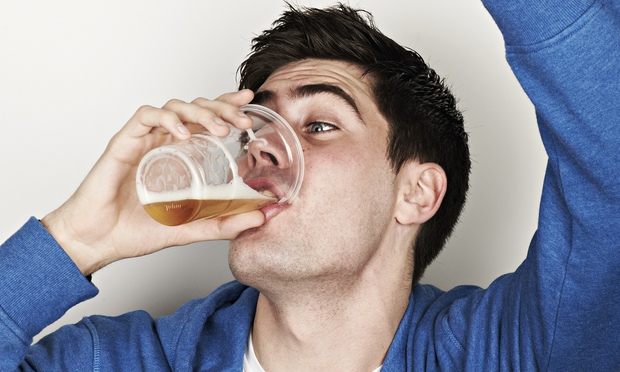 You’ve probably heard the term ‘lad culture’ thrown around at university or in the newspapers. Headlines such as The Telegraph’s ‘Can universities ever get rid of boozy, sexist lad culture?’ and the Guardian’s ‘It’s not lad culture – it’s misogyny’ conjures up images of alcoholic rapists running rampant on the street while mid way through an honours degree.

I don’t mean to be insensitive when addressing this issue; certain consequences of pre-conceived ideas of lad culture result in sexual harassment and alcohol abuse and this is unacceptable. And while it is thought that ‘lad culture’ is a black and white issue, insomuch as, it’s a sub culture of predominately men who endorse sexist, racist, homophobic behaviour – this is only sometimes the case. Those who consider themselves affiliated with lad culture can come from a variety of backgrounds and have diverse range of interest and opinions. So how do we define lad culture when it’s such a subjective term?

The NUS (National Union of Students) describes lad culture as ‘a group or ‘pack’ mentality residing in activities such as sport, heavy alcohol consumption and ‘banter’ which was often sexist, misogynistic, racist or homophobic’. This is a common understanding of lad culture, particularly amoung young women. Gemma Clark, a multi-media journalist student at Glasgow Caledonian University believes lad culture is ‘groups of guys that act hyper-masculine. I see lad culture as drinking, being derogatory towards women, being loud, anti social behaviour and travelling in packs’. Similarly, UWS (University of the West of Scotland) student Heather Armstrong says ‘I’d say lad culture is a negative part of the socialisation of young people, especially young men’. However, people can associate themselves with ‘lad culture’, or deem themselves a ‘lad’, without being guilty of endorsing sexist or antisocial behaviour, yet this isn’t something that is openly discussed. ‘Lad culture’ is portrayed to have ridged pre-requisites, when actually it’s a versatile culture that encompasses different aspects of what is considered ‘popular culture’.

As the term itself originated in the 90s, it has evolved and changed over the years. In the 90s it was associated with bands such as Oasis and was understood as a brotherhood of sorts, a support network of male friends who enjoyed the same activities. The understanding of the term in 2015 is wholly different, with an emphasis on sexually aggressive and bigoted ideals. Now don’t get me wrong, I’m not suggesting that those aspects didn’t exist in the 90s, it was hardly a decade innocent of sexual exploitation, but lad culture sprouted mainly into the cultural fields of Britpop and did so with a ferocity equivalent to the Spice Girls infamous ‘girl power’. In the 90s, both ‘lad culture’ and ‘girl power’ were gendered consumer cultures that, on the outside, pretended to empower each gender but, underneath, simply reinforced stereotypes in a largely benign way.

Nowadays, ‘lad culture’ can be associated with anything from car enthusiasts and sports fans, to Playboy readers and homophobes. But whatever the association, it’s now a dominant sub culture that surrounds us daily, compared to previous years when it merely acted as a social escapism for young people. Chris of feminist zine TYCI says, ‘Personally I love football and I used to like Oasis (a long time back). At the same time I am certainly not homophobic, I don’t drink much and I co-founded a feminist fanzine so for me any real definition (of lad culture) immediately breaks down.’ Thus, we are faced with the problem – if lad culture covers such a broad range of attitudes and interests then how can we pinpoint where the destructive elements of this culture stem from?

I think it’s important to address the damaging aspects of lad culture within the wider context of society and its inherent traditional views of ‘masculinity’ and ‘femininity’. It is not justifiable to blame all young men for the negative aspects associated with this culture, we must take into account the shades of grey within such a dominant issue. Generalisations are rarely ethically sound, but having said that, whether you consider yourself part of lad culture or not, it’s beneficial for everyone to recognise unacceptable behaviours and pave the way for a societal shift in consciousness that is reflective of its actions and attitudes.

It can be argued that ‘lad culture’ feeds into the wider ‘popular culture’ and both of these terms merely act as umbrellas to more specific complex issues. These issues exist within a nebulous universe of fixed ideas and inadvertent principals concerning femininity, race, sexuality and class.

‘Lad culture’ therefore, is a complex term that spans many regions of thought in the western hemisphere. It can’t be boxed in or pigeonholed. However, there are certain negative and archaic attitudes that exist within lad culture that should be challenged. Tackling the root of these attitudes will allow us to move forward as a progressive, compassionate society.